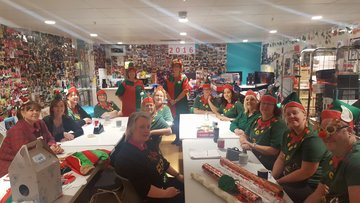 In December 2016 Neo undertook the unenviable task of making 1658 Christmas hampers to deliver to struggling families and individuals Wirral wide, we had fantastic support from many organisations such as:

Tranmere Rovers - Who donated a large amount of daily essentials such as food, toiletries and gifts.

Also the fantastic Neo followers who donated gifts and helped in so many ways.

Not forgetting the fantastic Neo volunteer teem who gave up their daytimes and evenings to pack hampers and deliver them all across Wirral.

We were overwhelmed with the response we received from so many organisations and were truly humbled by the generosity shown.

Be part of the solution #CookingUpChange

How to find us